From historian to software developer

Esther Vis is a self-confident woman who does not follow the beaten path. Despite her young age (30) she already has an interesting career behind her. After studying history, she spent a few years in various positions as a study coach and social & data researcher at Amersfoort Zoo. Eventually, Esther retrained as a software developer.

Esther discovered Minois at the career fair. Simone Tertoolen, founder of Minois, was a speaker at RightBrains, an organization with the mission to attract more women to IT. After the first meeting, the bag (model Lena) was on Esther’s wishlist for 2 years. When she came across the bag again, Esther decided to give herself the bag as a gift. She mainly takes her Minois bag to more neat occasions.

From gender studies to the IT world: Esther has followed a special study route. She once chose to study history. She chose it simply because she found it fun and interesting. From her third year of study, Esther specialized in gender studies. After completing her studies, it proved difficult to find a suitable job. 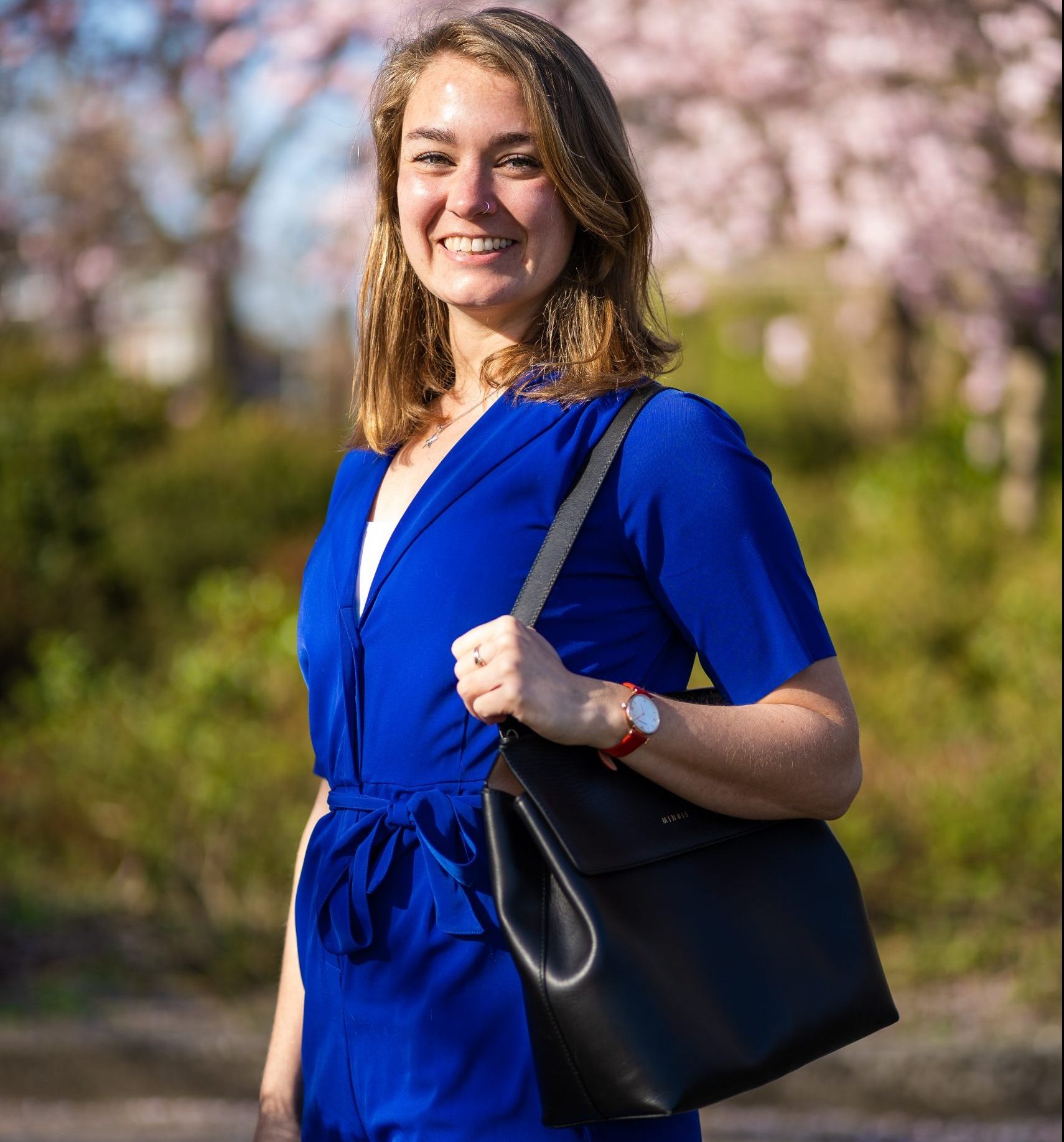 ”The 11 weeks of boot camp were tough: programming, eating, sleeping.

Open view: Esther decided to go to the career fair. RightBrains’ talk “Why women can add value in IT” piqued her interest. Moreover, she had heard a friend say that programming might suit her well. After taking a programming course at the online Khan Academy, she decided to tie the knot and sign up for an 11-week bootcamp at Codaisseur in Amsterdam. In that time, she retrained to become a software developer. As a final assignment she had to apply a completely new technology in a self-made app. With this she won the Jury Prize.

Practice makes perfect: After the boot camp, Esther went to the career fair again. There she ran into her current employer from CLEVR. The recruiter initially suggested starting with the low-code Mendix platform, but Esther preferred programming. When she started talking about the bootcamp, the recruiter was so impressed, “I want you!” Meanwhile, Esther is working as a Java developer at CLEVR, working on products that test the software quality of Mendix applications. Esther also benefits greatly from her “alpha” background. It makes her a versatile employee who can make sense of different aspects of a problem.

”I like to look for complexity and then solve the puzzle.

Female colleagues: Esther works for a female director, Tanja van der Krabben, and since March also for a female CEO, Angelique Schouten. “That I get to experience this in a tech company is extra cool.” Esther has taken the initiative to set up a women’s network at her work so that female colleagues can meet each other. In the future, Esther would like to organize meetings, exchange experiences, brainstorm to get more women into the organization.

Equality and sexism: From her gender studies, Esther has a great affinity with the themes of equality and sexism. She did not expect to end up in a field dominated by male employees, investors and CEOs. It is precisely in IT that her specialism comes in handy. It’s a real kick to have my various interests come together in a field I never thought I’d find myself in.

Esther experiences a difference in social interaction on the work floor with men and women. Some comments seem harmless, but are part of a larger problem. “Something that seems like an innocent joke in its isolation does contribute to a larger problem. People need to realize that women, have been hearing sexist jokes for years. This continually confirms a certain image about women. At some point, you start to wonder if it’s not actually true.” From her director, Esther has learned how she can contribute to a stronger position for women in IT: If you do what you like and make a career in the meantime, you become an example for others and you can show that women can do it.

What would you have recommended to your younger self?

“I put a lot of time and energy into getting to know women in similar positions. I am only now learning that women can be allies of each other and that we can learn from each other, support and encourage each other. Because of movies, I had a false image of stereotypical women competing with each other. As a result, for a long time I thought other women were thinking: Where is she relative to me? Are you a threat? In fact, such magical things happen when you see women as allies.”

Do you have a life tip you'd like to pass along to others?

“It is important to look for your role models. This can be someone in the workplace, for example. Once you get to know someone, you will often connect with others. Gather women around you by being yourself and telling them what you stand for. Hard skills can be learned, but the added value you bring as a person you can’t just pick up from a book.”

We choose one lucky winner every month.
All new subscribers all eligible. 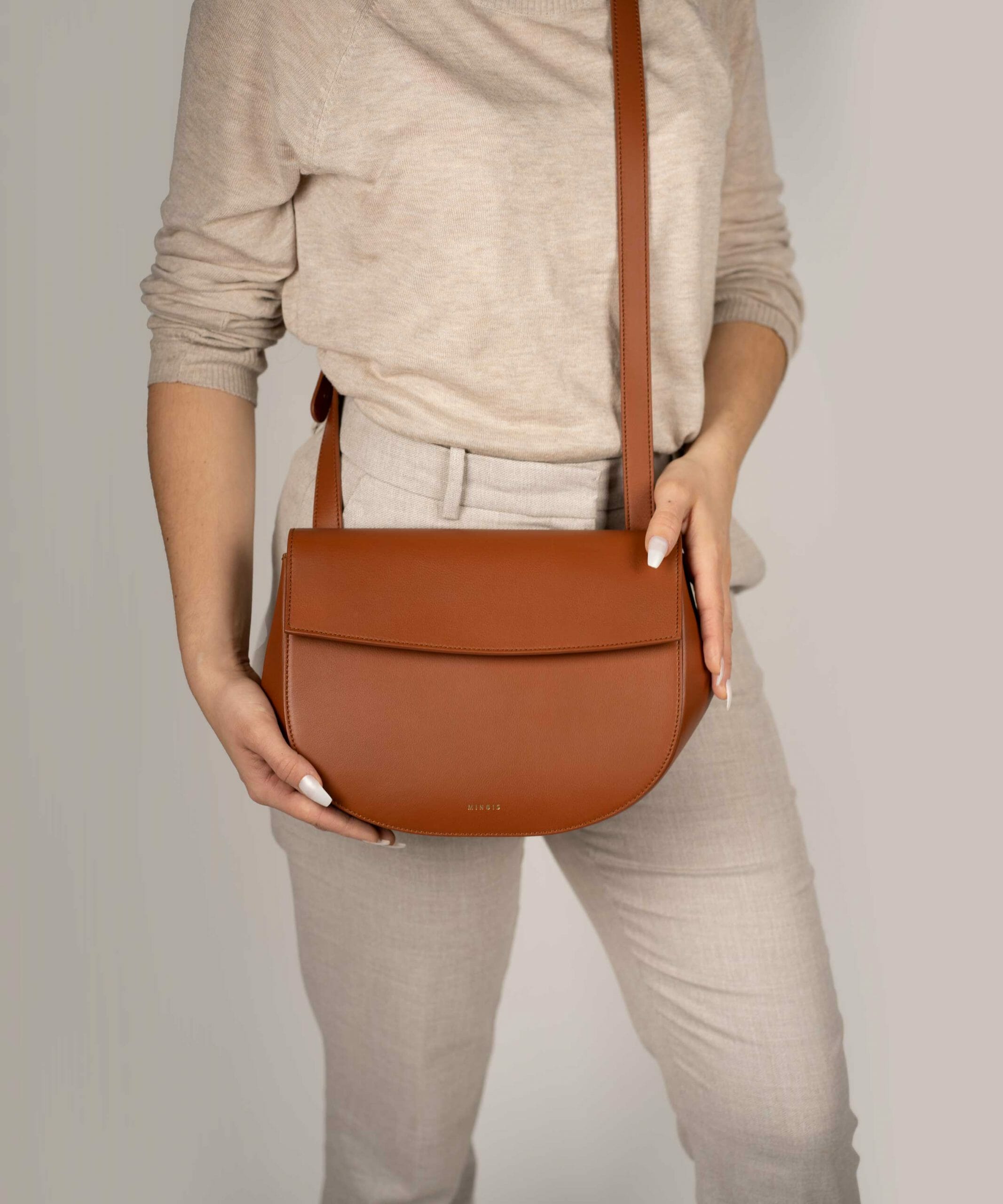 We choose one lucky winner every month.
All new subscribers are eligible.

This website uses cookies to improve your experience while you navigate through the website. Out of these, the cookies that are categorized as necessary are stored on your browser as they are essential for the working of basic functionalities of the website. We also use third-party cookies that help us analyze and understand how you use this website. These cookies will be stored in your browser only with your consent. You also have the option to opt-out of these cookies. But opting out of some of these cookies may affect your browsing experience.
Necessary Always Enabled
Necessary cookies are absolutely essential for the website to function properly. This category only includes cookies that ensures basic functionalities and security features of the website. These cookies do not store any personal information.
Non-necessary
Any cookies that may not be particularly necessary for the website to function and is used specifically to collect user personal data via analytics, ads, other embedded contents are termed as non-necessary cookies. It is mandatory to procure user consent prior to running these cookies on your website.
SAVE & ACCEPT